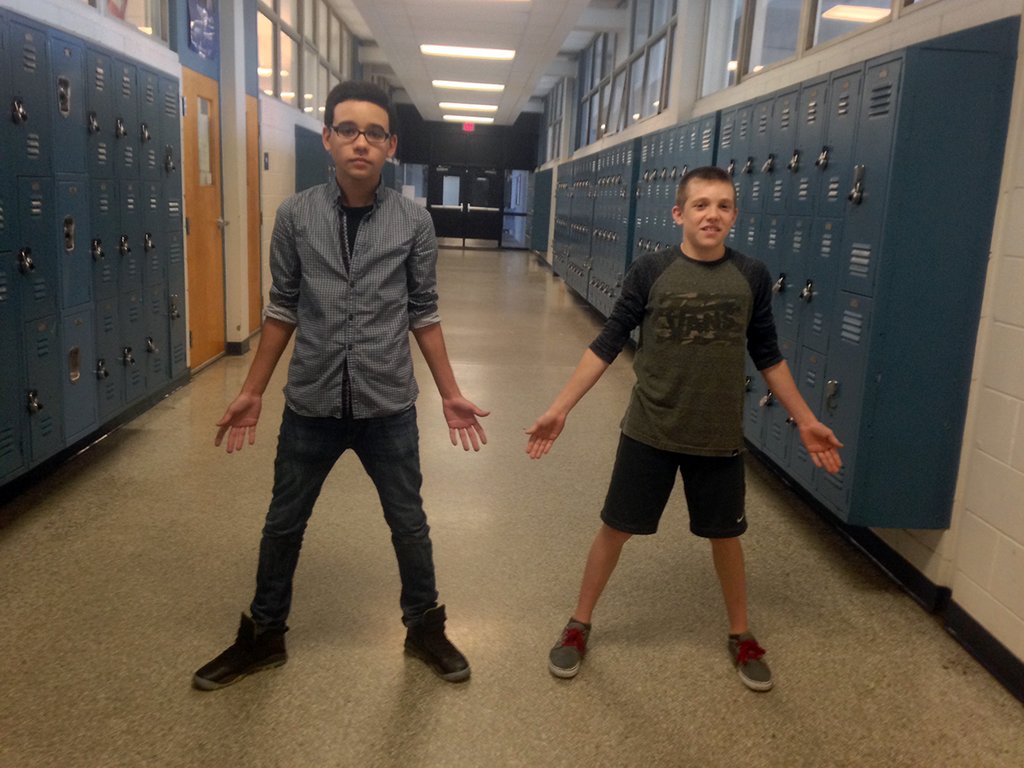 While most high school injuries consist of the pains of strains and sprains of various body parts, some students who engage in strenuous activities can acquire more unique wounds.
Lance Peltier (’17), a gymnast and wrestler on the school’s varsity team, has seen his fair share of injuries, especially during his gymnastics practice sessions.
“I was doing a handstand on the parallel bars in the gym when I fell on my head, knocking myself out and dislocating my right shoulder. When I woke up, the entire gym was standing around me and my mom was like ‘ok’. I got up, went home, and was back at the gym in 2 months,” said Peltier.
Athletics are not the only reason for Peltier’s injuries, however.
“One day, I was going into the garage and my dad was fixing the chainsaw. He scared me and when I turned around, there were metal-edged stairs,” said Peltier. “I cut open my left shin and I could actually see my shinbone.”
Victor Rivera (’17) is another freshman who has acquired some unusual injuries.
“I was in Puerto Rico 6 years ago, walking out of a little convenience store with my family. There were some guys that drove by and started shooting everywhere. I got shot in my left shoulder with a real gun and I had to go to the hospital,” said Rivera.”I was really scared and thought that I was going to die.
Another less serious but equally interesting injury that Rivera sustained involved a potentially dangerous creature of the sea.
“I was in the water at Clearwater Beach when a bull shark came and scratched my leg,” said Rivera. “It also bit my right foot.”

Claire Chen is the co-editor-in-chief of KnightWriters, the print newspaper. She is also a member of the Robinson Orchestra, Model UN, Mu Alpha Theta,...

Gabriela O’Brion is a freshman at Robinson High school. She has been a journalist for one year. She loves taking pictures and macaroni and cheese. She...

If you want a picture to show with your comment, go get a gravatar.

With great power comes the need for celebrities to shut up
Amelia Foster, Print Managing Editor • May 12, 2021

The yearbook is scheduled for release
May 10, 2021

Quiz: What “Among Us” color are you?

Correction: the alternative to cancel culture

How to get service hours online