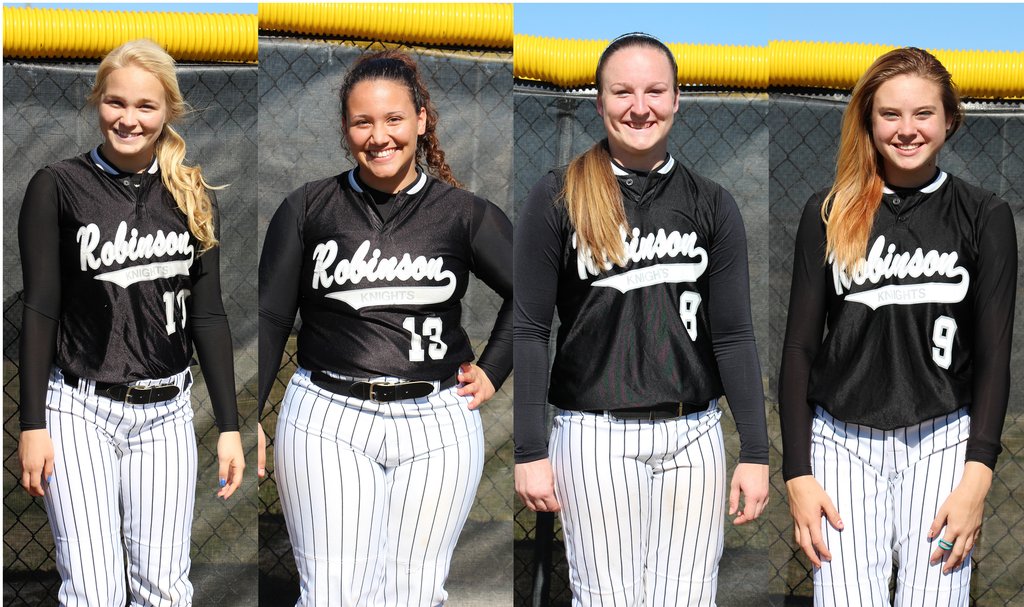 After an intense season of preparation by the Lady Knights softball team, four of Robinson’s players are being rewarded for their hard work by being chosen to be a part of the Hillsborough County’s All-Western Conference softball team.

Congratulations to Caitelin Herrera (’14), Amanda Crosby (’14), Samantha Conlan (’17) and Brandea Rafferty (’16). Herrera, Crosby, and Conlan were named to the first team where Rafferty was named to the second team.

Herrera was chosen for first base, Crosby as an outfielder, Conlan as an utility and designated hitter and Rafferty (’16) as an infielder.

These four girls were selected by Coach Gallio because of their hard work, skill and dedication. Nice job and good luck girls.

If you want a picture to show with your comment, go get a gravatar.

Quiz: What “Among Us” color are you?

How to get service hours online

Correction: the alternative to cancel culture